Lassi Mustonen, a student of computer science at the University of Jyväskylä, is one of the students who took the Idea to Business course. 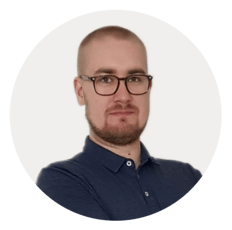 “I was on the university’s entrepreneurship course and figured I could use my expertise for something tangible. I heard about the business coaching during the course and thought, why not set up a business if I even get credit for it,” Lassi says, recounting his path to the Idea to Business coaching course.

“I registered for the coaching with the goal of establishing a sole proprietorship and then using the company to build websites for beginning entrepreneurs. I had the framework for the business idea and polished it during the coaching. I also got the business started and gained the first customers from among the course participants,” Lassi adds.

The coaching course was also helpful in terms of Lassi’s day-to-day student life.

“I have been able to run the business part-time alongside my studies and have not been forced to get a job. This has made my daily life more flexible.”

According to Lassi, the coaching exceeded all expectations.

“This was the best course I have taken at the university – very practical and you actually get to do the things you are being taught about. I recommend the coaching to all those who are interested in entrepreneurship and have expertise or an idea that can be converted into business!”

Do you have an idea and need help to take it to the next level? Learn more about the Idea to Business coaching!

An agile path to self-employment

Whether we use the word ‘coaching’ or ‘course,’ we are referring to the same thing, i.e. a training course that provides participants with credits at their own educational institute. In this context, we will use the term ‘coaching’ as it best describes the way in which participants are allowed to discover things themselves. The Idea to Business coaching is available to students, staff members and researchers of Gradia, Jyväskylä University of Applied Sciences (JAMK) and the University of Jyväskylä. The core idea of the coaching is to provide the basic knowledge needed to plan and run a business.

What else should participants know about entrepreneurship besides their own ideas that they would like to use for self-employment later on?

Juha is one of the Idea to Business coaches who also works as a lecturer at JAMK. Juha has been involved in coaching and the preparation of various business ideas since 2006, and he has more than 25 years of experience in the business sector. In other words, he has a great deal of insight into the kinds of business ideas that work!

“The practicality has absolutely been the best thing. It is rare that someone who has actually run a company takes you through all the steps and gives tips tailored to your specific idea.”

According to Juha, the coaching is particularly suitable for those who are genuinely interested in entrepreneurship.

“All ideas are tested during the coaching, meaning that we approach them from a variety of angles and consider together whether or not they are fit for actual business. At the same time, participants learn about the tools for testing an idea and modelling the planning process. If the original idea does not hold water, the tools provided make it easier to think up a new one.”

Depending on the method of implementation, the coaching takes from five weeks to twelve months. The most common basic implementation takes ten weeks, during which the group meets once a week for coaching sessions that take half a day. The five-week implementation includes two weekly meetings, while the twelve-month arrangements entail the meetings take place once a month. The topics covered are divided into ten themes which are the same in each implementation. However, the emphases are adjusted to meet the needs of each group.

During the coaching, the participants usually spend the most time on considering what they actually want to offer with their ideas and to whom.

“Over the course of the coaching, we go through the product and customer matrix – in other words, what is being offered and to whom. This is the foundation for everything and needs to be built with care to ensure the success of further planning. Sales is another focus, so we cover things like how to sell your products to the customer and how to overcome phone anxiety, for example,” Juha says.

An idea cannot be developed without the participant’s own confidence in it.

“All of this is to boost the participants’ confidence in their ideas. When you have a strong belief in your idea, you can avoid many pitfalls. One of them is to start out with a product that is priced too low. It is difficult to raise prices later on if you notice that there is no bottom line after all expenses,” Juha says in reference to the content of the coaching.

Juha’s favourite thing during the coaching is to see how the students begin to network among themselves.

“The participants also learn a great deal from one another. When the group works well, the process of learning from other participants and accepting ideas leads to fruitful results. You can also meet other great people you want to keep working with to develop your current idea or a new one.”

Towards new ideas after the coaching

The first business idea was not the last one for Lassi either. Currently, Lassi is working with fellow student Tommi Sironen (University of Jyväskylä) to develop the CourseRating application which students can use to provide feedback on their courses. The purpose of the application is to improve higher education through open course feedback.

“The aim of the CourseRating application is to serve as an official word-of-mouth channel for course feedback. Courses spark a lot of discussion among students both face-to-face and on social media. CourseRating provides an alternative way to have the course-related discussions in a slightly more formal way from which all parties can benefit. Before this, many parties, such as teachers, have not heard any part of these conversations.”

The CourseRating application is currently in the product development phase and covers courses of the Faculty of Information Technology. Next, the platform will be tested with two logistics courses provided by JAMK.

According to Tommi, the process of developing your own idea has been rewarding, since the application shows the continued growth of visitors and new reviews, for example.

“It is wonderful to see people putting in the effort and leaving feedback. All feedback provided is a direct indication that the application is being used and that it has been found helpful.”

At times, the feedback has also been pointed.

“When the application was momentarily inoperable, the feedback was quite direct. Yet I saw this, too, as an indication that the site is actually important to the users,” Tommi adds.

Tommi and Lassi will both be graduating in the spring of 2021. The current goal is to give the product development of the course application about a year to see if the idea takes off. Both developers have found it extremely inspiring to work on their own project.

“We would recommend these business coaching courses to just about anyone. The practicality has absolutely been the best thing. It is rare that someone who has actually run a company takes you through all the steps and gives tips tailored to your specific idea,” Lassi and Tommi say. 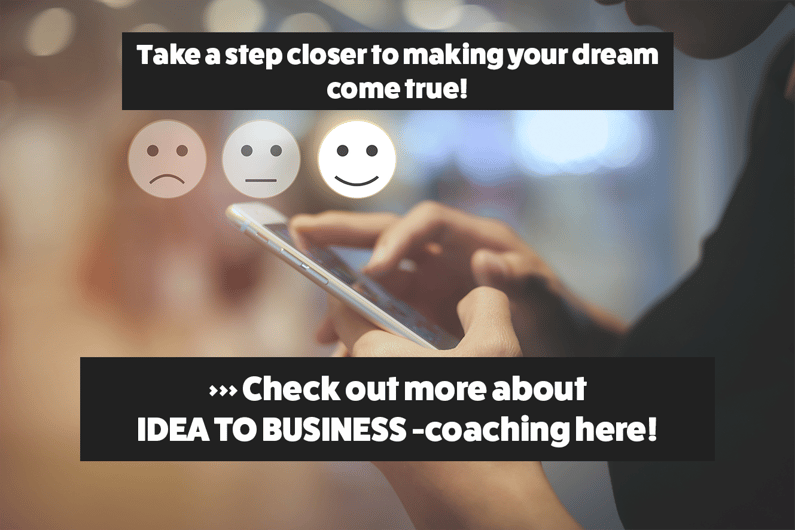 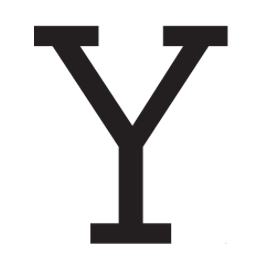