PIMME – a shining example of a great invention and business idea!

This is a story about a personal passion growing into a business idea and ultimately part-time entrepreneurship.

The reflector is a familiar product in Finland, and the market features a range of products from design reflectors to fully reflective clothing. However, according to surveys commissioned by Liikenneturva (Finnish Road Safety Council), only one in two pedestrians wears a reflector during the dark hours of the day. The justifications are usually forgetfulness, inconvenience and the unwillingness to attach something to one’s clothing.

According to Liikenneturva, ease of use is the most important factor for consumers in choosing a reflector, and this served as the starting point for the Pimme reflector from Jyväskylä.

“The Pimme reflector stemmed from my own need for an easy-to-use reflector. Having first used it myself, I found the product to be excellent and wanted to make it available to everyone,” Pimme’s inventor, entrepreneur Marjo Varjoluoto says.

Do you have an idea or business you would like to push forward with the help of a coach? Learn about our coaching courses!

First steps towards a business

According to Marjo, she had a great deal of confidence in her product and business idea from the get-go, which she demonstrated by taking commercial action without much in the way of business plans.

“On my evening jog in the small town of Lievestuore, I had a bundle of reflectors strapped together with rubber band in one pocket and change in the other. I went around ringing people’s doorbells to peddle my reflectors door-to-door with zero compunction! I simply did not have any other channels or contacts for spreading the idea,” Marjo explains.

The attempt at sales was successful and Marjo was able to sell small product quantities. This experiment confirmed to Marjo that the idea was practical and functional.

“This gave me the faith to keep going.”

Even though the practicality of the product had now been proven, the product development still took many an evening on the living room sofa.

“I had endless talks with my family to gain the confidence to push my idea forwards.”

Through a thicket of rules and regulations

At the very start, Marjo ran into an issue she had not considered before as a consumer: reflectors are regarded as personal protective equipment, which is why their production and marketing in Europe are governed by the Personal Protective Equipment Directive (CE marking).

“Liikenneturva makes a distinction between reflectors and reflective products: only type-approved pieces of personal protective equipment that comply with the EN 13356 standard can be called reflectors. You need to get each product inspected and approved by the authorised body, which in Finland at the time was the Finnish Institute of Occupational Health,” Marjo describes.

Marjo talks about having worried about the thicket of rules and EU directives for a few nights, eventually concluding that the issue could not be ignored.

“I contacted the Finnish Institute of Occupational Health and submitted the appropriate application with the requisite appendices.”

In February 2017, Marjo gained the desired certificate for her product.

“That made me extremely pleased and proud. I was not wrong about the performance and usefulness of the reflector, and it really met all the requirements! Instead of obstacles, the rules and directives turned out to be advantages. My product is an official and compliant piece of personal protective equipment.”

“Does everything become somehow difficult and official when you get a business ID?”

“I started working at JAMK in the autumn of 2017 and discovered the Idea to Business coaching (formerly the pre-incubator for educational institutes) and applied. The aim of the coaching was to determine the potential of the business idea, and the course turned out to be a great place to test the idea and push it forwards.”

Going into the Idea to Business coaching, Marjo’s dreams for Pimme were realistic: the aim was to prepare Pimme for sales and launch it onto the market.

“At first, I needed to think about the packaging and production to even consider offering the product to any retailer. Then, my goal was to cautiously explore the possibilities of the product. I was aware that I needed to take the operations to a more professional level. For this, I needed sparring services.”

During the Idea to Business coaching, Marjo heard about Startup Factory’s Product Development Funding and decided to apply for it for the design and testing of the packaging. The effort paid off and Marjo received funding for her idea and was able to develop the first packages.

“During the Idea to Business coaching, my goal was to get the Pimme reflector onto the market, whatever the cost, and that is what I did,” Marjo says in summary of Pimme’s initial journey to the product market.

At the end of the Idea to Business coaching, the next step was to establish a sole proprietorship.

“Early on, I was mostly worried about arranging the production, even though I was told making sales would be the hardest part. “I also wondered: does everything become somehow difficult and official when you get a business ID – turns out, the answer is no!”

I want to develop my idea towards setting up a business!

Sales increased by more than 800%

After establishing the company, Marjo attended the year-long Business Coaching in the context of which each entrepreneur is provided with a coach to support the early steps and development of the business. According to Marjo, the coaching provided her with contacts, help with pricing and advice for making offers.

“An essential thing about the coaching has been the support and advice in times of waning confidence. It has been great to be able to discuss things and bounce ideas off someone. To me, it was important to be able to talk about things directly without being ashamed. It was also great to be able to rave to someone about accomplishments and fortunate events, even if the ultimate effects were relatively minor. As such, I would like to thank my coach Juha Sipilä! All this led to the Pimme reflector now being sold throughout Finland,” Marjo says excitedly. Meet Juha and our other coaches!

Marjo is very happy with the results she has achieved during the past three years.

“Sales have increased by more than 800% in the past three years. I no longer need to go around ringing people’s doorbells in the evenings. I would like to thank all those who opened their doors, listened to what I had to say, made a purchase and, most importantly, are using the Pimme reflector!”

“I recommend the Idea to Business coaching course and Business Coaching to all those who have an idea they would like to test and refine – even if the end result is to conclude that the idea is unfeasible and should be dropped. The coaching provides perspective on the kinds of ideas that are viable in terms of business.”

Dreaming of an attitude change

One of Marjo’s future dreams is to make all Finns shine by wearing a reflector.

“It would be absolutely amazing to impact attitudes and especially get young people and men to use reflectors more frequently. A more realistic outlook is to continue on the current path and keep expanding the retailer network.”

“The Startup Factory slogan ‘Dare to Startup’ is wonderful – I did and am all the happier for it. Whenever I was anxious about making contact or pushing an idea forwards, I thought: what if I don’t and someone else does, what if I get regrets later on... This made me always step up and dare to try. And somehow I made it through every time,” Marjo says in conclusion. 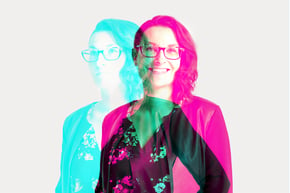 Going global is not always easy, but fully possible. The most important thing is to understand that you don't need to complete ...
Start Reading
Yritystehdas Jul 20, 2021 8:15:00 AM 8 min read

How to easily identify cybersecurity risks from IoT devices?

Improving the security of the IoT devices effectively is highly important especially to the companies that are manufacturing ...
Start Reading
Yritystehdas Feb 16, 2022 1:41:36 PM 9 min read

Lassi Mustonen, a student of computer science at the University of Jyväskylä, is one of the students who took the Idea to ...
Start Reading